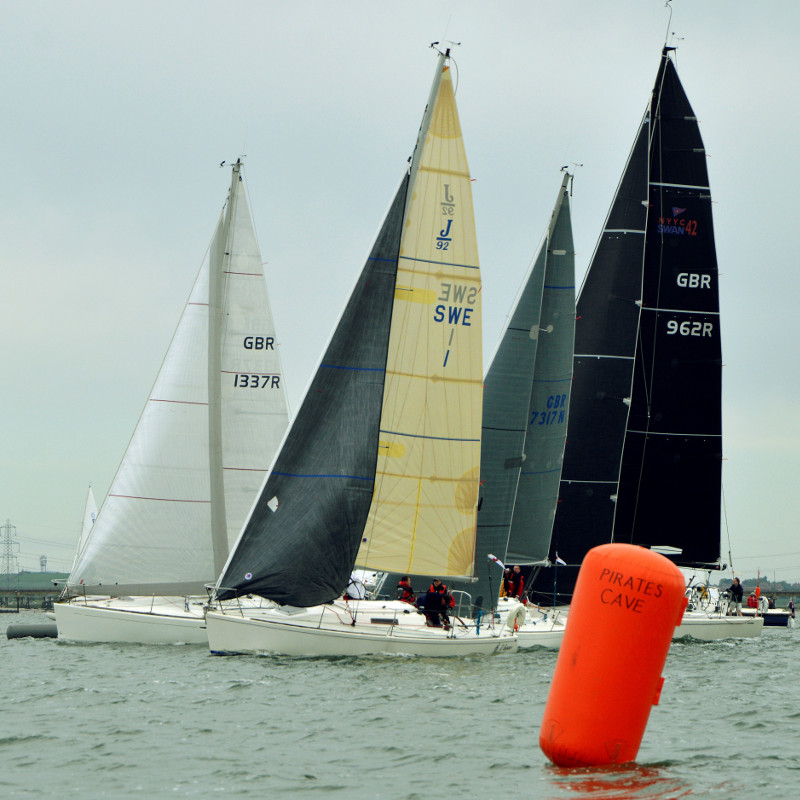 We run three classes of racing catering for the out and out racers with RORC IRC rated boats as well as the less serious racers and cruisers using the RYA NHC handicap system.

Class 1 is for boats with IRC ratings. This is a very competitive class where some serious racing machines do battle using the RORC IRC rating system to rate each boat.

Class 2 is for the less serious racer and is aimed at the Cruiser / Racer and uses the RYA NHC handicap system.

Class 3 is for those people who want to try racing but without the crash bang wallop of the serious racers. This is for white sails only, i.e. No spinnaker, and is aimed at people with boats more in the cruising vein.

Should numbers and the spread of ratings require it, each of the above sections can be sub divided so that everyone gets a decent length race.

Our racing season is from April to November and includes: