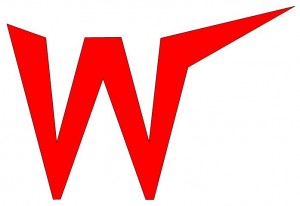 Good racing for the Wayfarers on Saturday 4 September. Numbers were a bit depleted because several boats were still on holiday (or on duty). Course 60 was the order of the day; essentially down to 20, back to 25 and 24 (via MYA1), repeat and home. 14-17mph winds from ENE and wind over tide gave some challenging conditions upwind with some crews coping better than others. Greater avoirdupois seemed to benefit the Townsends who had a small lead at 20 whereupon their outhaul expired and they DNF. The Mckenzies and Tony Alexander/Jon Moon enjoyed a tight race from then on with The McKenzies holding on for victory with Nigel Pye completing the podium. Chris Parish and Kerry Worsfold had an alarmingly close encounter with the jetty at 22 when they fell into a wind hole and the ebbing tide drew them in. This resulted in them losing places and distance but they recovered to 4th. Jonathan Hood was 5th and Mike Pimm, crewed by Alberto, brought up the rear after a catalogue of spinnaker issues.

Well done to Brian and Liz of course but especially well done to Nigel for probably his best result to date.