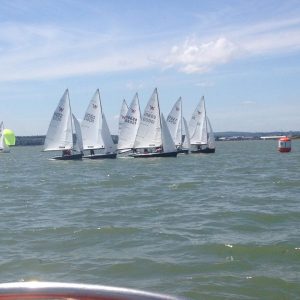 Medway Yacht Club hosted a UKWA Travellers Series and National Circuit Event for the Wayfarer Class on 4th and 5th of July 2015.

6 races were held over two days on the River Medway for 17 boats. Saturday provided champagne sailing conditions with warm sun and a force 3 to 4 south-westerly wind providing enough shifts to make the beats and runs interesting with plenty of passing lanes. The courses were compact with a premium on getting a good start, boat handling and boat on boat tactics. The reaches were particularly exciting with planing conditions and challenging gybes. Sunday’s conditions were lighter and patchy. The fleet left the Club in dank and dismal conditions and most needed a tow from one of the patrol boats for at least part of the journey to the race area. However the race team managed to get in all 3 scheduled races on Sunday and by the end of day the wind had increased a little and the sun had returned for the now customary sail back to the Club via Hoo Creek. 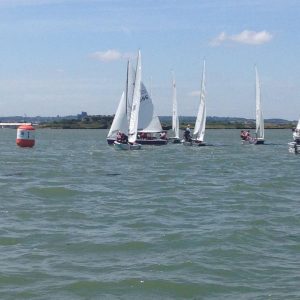 The racing was dominated by current European and National Champions Michael McNamara and Simon Townsend who demonstrated an unerring ability to recover from distinctly average positions. They won 5 of the races in The Poacher, the other being won by Guy and Elliot Marks in Absolute Fiasco who finished second overall after a tiebreak from Bill and Lisa Whitney in Big Dipper. The racing throughout the fleet was close with several of the mid fleet boats securing good individual race results but lacking the consistency to be on the podium.

The meeting was generally considered to be a great success and Medway Yacht Club looks forward to hosting the Wayfarer Class again in the near future.

Our thanks go to Medway Yacht Club, to the race team led by Steve Rolland, the patrol boat crews and of course our sponsors: The Old Dairy, who provided free beer to the competitors after each day’s racing; and Pirates Cave Chandlery, Hartley Boats and Craft Insure who provided the prizes.

Final results for the open meeting

Thank you to our sponsors 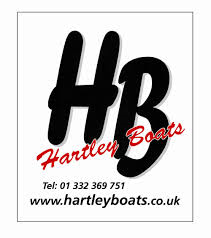